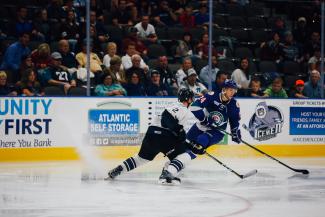 HOW DO PROFESSIONAL ATHELES GO BROKE?

While the trends are changing, an alarming number of professional athletes are still facing challenges managing their money in retirement. Some athletes end up having to re-enter the workforce years into the future after their savings dwindle. Financial issues are an unfortunate reality for many young and former athletes. Processing the change in their life from sport to retirement. As recently as 2009, it was estimated that 60% of former NBA players are broke within 5 years of their retirement. Rates can vary between sports, but the NBA’s salary is on average twice the size of NHL contracts. Of the major North American sports, the NHL is one of the lowest paying in terms of average contract size. That being said, the athletes between the two sports face similar rates of bankruptcy despite the discrepancy in pay. Expanding a bit further, only 5.3 out of every 1,000 people filed for bankruptcy in the US; compared to the 600 out of every 1,000 NBA players. It seems clear that higher income alone can’t prevent bankruptcy, so how can athletes plan to avoid facing bankruptcy at such high rates?

The best way an athlete can start to control their finances is by understanding where those risks are coming from. The most common reason for an athlete filing for bankruptcy is over-committing themselves financially. Over-committing can be to both family & friends and in investments. Risky investments can be easily oversold. For a professional athlete competing at the top of their game, it is easy to take advantage of an athlete’s lack of time to review that proposal. Without guidance from a financial advisor, many athletes cannot determine how much they can put towards a riskier investment. In other cases, professional athletes have reported an overwhelming feeling to help those who have given support. During their career, much give generously to different causes to give back to the community that helped them, including family and friends. The lifestyle athletes live by can be extravagant and unsustainable after their playing career. On the other side, it is rare to have experience planning how to use that kind of money. It is a lot of responsibility to manage that kind of money at the young age athletes earn their money. Without a concrete plan, many challenges can take their toll on a player’s bank account.

Professional athletes throughout their careers have a lot to focus on. After all, an NHL player is one of the very best in the world at what they do. That type of success doesn’t come with some level of effort and focus on the game itself. It can be easy to convince yourself that the best thing to do is focus on playing well, and the money will solve itself. Unfortunately, there are so many ways that money can disappear through the cracks. Professional athletes throughout their careers will have many opportunities to use their money. Athletes are unlike other high-income earners. They will usually have their income publicly available. The high dollar value attracts a lot of interest from a range of people, from family to in some cases venture capitalists or business owners. How can someone expect an individual so focused on their craft to be able to create a sound wealth management plan at the same time?

The lesson to avoid being part of the 60% who go broke is not to ignore family, investments or even to not enjoy your time at the top of your game. The real takeaway is finding someone qualified to help you create a plan. Financial advisors can break down your goals into a concrete and easily understood plan to allow you to stay responsible. It is possible to buy what you have always wanted, a car, a house etc. A capable financial advisor will be able to help you achieve those goals without sacrificing your future. Even, for example, a risky business investment with a family member. An advisor who has your interests as their primary concern can help you determine what amount of money you can safely put towards helping your family with those projects; while also not sacrificing your ability to be financially secure in retirement.